Rome is located at the confluence of the Etowah and Oostanaula Rivers, which form the Coosa River in downtown Rome.  Located on seven hills with the rivers running between them, early settlers chose the name of Rome, after the capital of Italy.  Rome, Georgia's location on these rivers led to its early development and growth.

Rome is located in a triangular area between Atlanta, Birmingham and Chattanooga, with easy access to all three.  It is a regional center of medical care and education.  With two public school systems (city and county), there are also several private elementary, middle and high schools, 4 colleges including Berry College, Shorter College, Georgia Highlands and Georgia Northwestern Technical College.

Local landmarks include the statue of Romulus and Remus nursing from a mother wolf, which was presented to Rome, Georgia by Benito Mussolini.  This statue is located in front of City Hall.  Also the Clocktower, which stands  atop Clocktower Hill, off of 5th Avenue in downtown Rome.

A visit to Rome would not be complete without a visit to the Rome History Museum on historic Broad Street, and the Chieftains Museum (former home of Chieftain Leader Major Ridge), located on Riverside Parkway.

In 2003, the Macon Braves, a Class A minor league affiliate of the Atlanta Braves, relocated to Rome.  Their games are played at State Mutual Stadium.  This stadium was built from a SPLOST tax, and seats approximately 5,000 people. 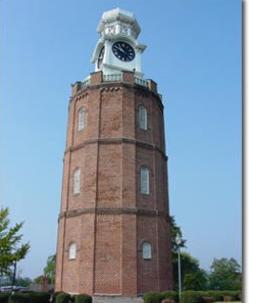